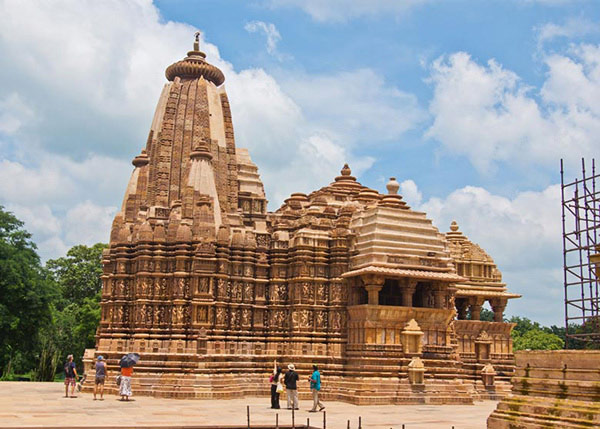 One of the most enduring achievements of Indian civilization is undoubtedly its architecture. Indian architecture, which has evolved through centuries, is the result of socio-economic and geographical conditions. Different types of Indian architectural styles include a mass of expressions over space and time, transformed by the forces of history considered unique to India. As a result of vast diversities, a vast range of architectural specimens have evolved, retaining a certain amount of continuity across history.

Indian architecture, belonging to different periods of history, bears the stamp of respective periods. Though the cities of Indus Valley provide substantial evidence of extensive town planning, the beginnings of Indian architecture can be traced back to the advent of Buddhism in India. It was in this period that a large number of magnificent buildings came up. Some of the highlights of Buddhist art and architecture are the Great Stupa at Sanchi and the rock-cut caves at Ajanta.

With the establishment of Hindu kingdoms in South India, the south Indian school of architecture began to flourish. The most notable achievements of the Pallava rulers were the rock-cut temples of Mahabalipuram and the temples of Kanchipuram. The Chola, Hoyasala and Vijayanagar rulers also did remarkable job in the field of architecture. The temples at Thanjavur, Belur and Halebid bear testimony to the architectural excellence of the South Indian rulers.

Indian architecture is a unique representation of the efforts on the part of the unsung artisans who dedicated their lives to the creation of elemental designs and experimentation with new ideas. Going by tradition and after tracing Indian architecture through 2000 years, the monuments reveal subtle details of Muslim, Hindu and Jain architecture which leap forth on the very first glance and those little carvings which create awe. The colossal domes and the intricate patterns on walls and pillars present before you architecture, which was experimented with and perfected. One can find thousands of monuments, evolving from simplicity and geometric anarchy to splendid harmonies of stone, marble and brick. 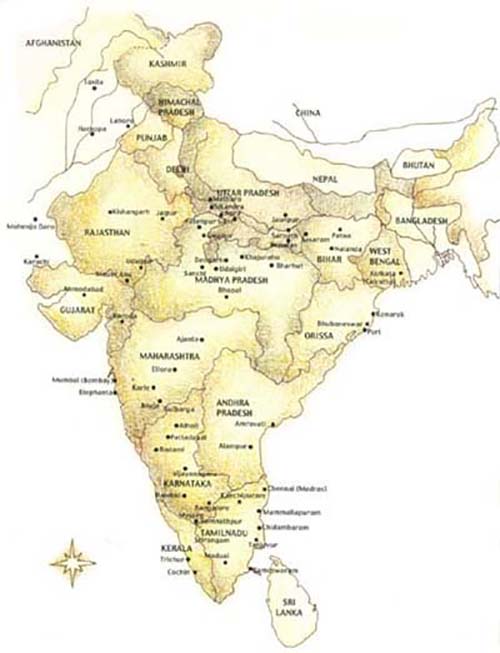 Hindu Architecture : Hinduism is a religion based on worshipping thousands of deities, and for each one of them there exist thousands of temples and it's magnifienct architecture. Hindu architecture concentrates immensely on the religious and spiritual.

Jain Architecture : Jain architecture is considered almost an offshoot of Hinduism and Buddhism. In the initial years, wherever there would be Buddhist temples Jains would begin making their own, following the Buddhist rock-cut style. However, in later years when Jains discovered the concept of `mountains of immortality’, they proceeded to deviate from Hindu and Buddhist sites and build on their own.

Buddhist Architecture :The origin of Buddhist architecture goes back to Gandhara, the region from the Khyber Pass to the river Indus which Alexander the Great used to invade India in 326BC.

Gandhara Architecture : Gandhara architecture, the merger of Indian and Greek art, took the form of Buddhist cult objects, Buddhas and ornaments for Buddhist monasteries. The genesis of the first Buddhist stupa came about during this period. The more decorative art was in the form of small votive stupas illustrated with clay images of birds, dragons, sea serpents and humans.